A Surprising Fact About Babies 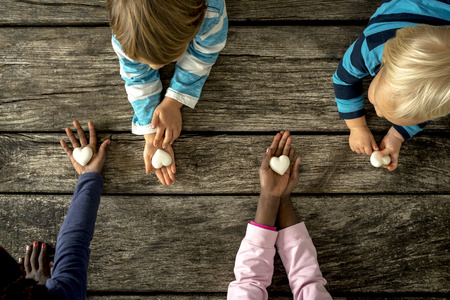 Many of us have gone through life with the belief that, as humans, it takes us years to develop the ability to understand the perspective of others. What’s more, many adults don’t even seem to understand or care about how others see the world.

A recent report based on a study carried out by the University of California suggests otherwise. In it, researchers found that children as young as 1 ½ years old start being sensitive to other people’s perspectives and they can even, at times, guess what the other person is going to do.

In order to prove this, they carried out an experiment. They would have a first subject walk into the room and place an object inside a box and then walk out. A second subject would walk in, place the object in their pocket and walk out. After this, a control examiner would come inside the room and ask the baby where the first subject would go looking for the object. Surprisingly enough, babies’ reactions, including pointing and eye movements suggested that they looked for the box. This translates into the fact that they understand the perspective from the first subject to walk into the room, who would have no way of knowing a second subject had hidden the object in their pocket.

It was believed that this ability was not developed until around four years of age, so the study has managed to prove that even babies as young as those involved are capable of sophisticated cognitive presumptions about what other people know.

The mind has always been a subject of constant study and it remains to be one of the most mysterious things about humans, which is why this kind of discovery is important. It allows us to understand just one more thing about how we develop as human beings.